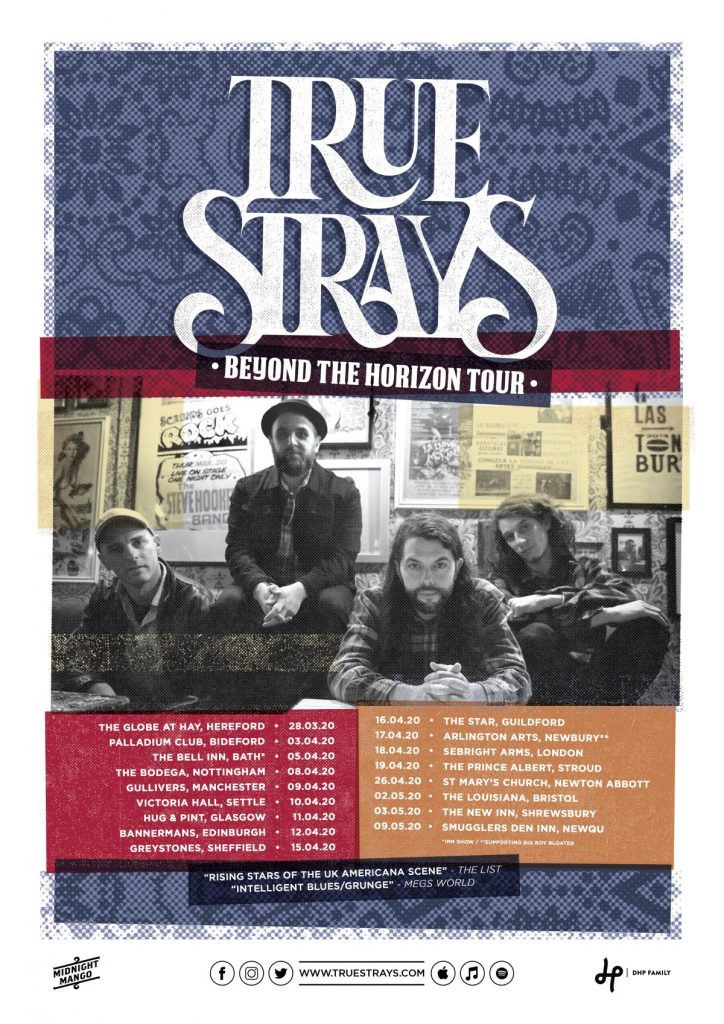 Influences span the history of modern music with great admiration for the delta blues of the 40s and 50s, British Invasion and Psychedelic Rock of the 60s and 70s, Southern Rock and Soul and modern age Punk, Rock and Blues artists. Blues music is at the heart of everything they do but their sound isn’t bound to those rules or that genre. Influences include greats like Muddy Waters and Howling Wolf, Jimi Hendrix and Fleetwood Mac, The Doors and Pink Floyd and more recent punk and rock and roll bands like Nirvana, QOTSA and Idles.

True Strays have made Bristol their home recently, after a previous band disintegrated after 5 years hard work. Determined to never be in that situation again, the True Strays was formed with the ambition that this band would last. With a new set of songs and hopes in their suitcases, the band set of doing what they knew best; playing live. A real road band, they took any show they could, busked relentlessly, and shared their songs to anyone that would listen. Regularly collaborating with old band mate Matthew Cooke and some of Bristol finest keys session players, the bands sound expanded and found new direction.