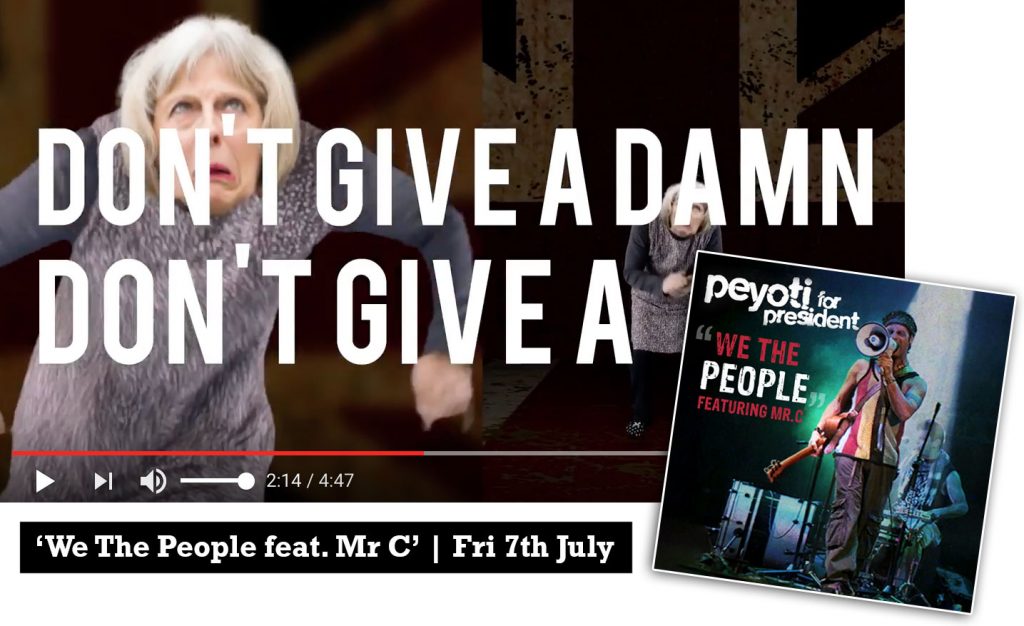 Peyoti for President’s new single captures the political zeitgeist in the UK right now. With a chorus of ‘Your Number is Up’ it is a clarion call against the Conservative government holding on to power with a handful of votes. Harnessing the populism of Jeremy Corbyn, and including samples of his speeches (hence the ‘featuring JC’) the song inspires people power.
“One of the best political music videos of the year” Chris Tofu Continental Drifts/Shangri La, Glastonbury  Watch Here

‘We The People’ was written by Anglo-Italian singer songwriter known simply as ‘Peyoti’ who said, “I’ve always written songs with a political conscience but having seen the growing movement of people during the UK’s election, supporting Jeremy Corbyn’s more traditional socialist values, I wanted to channel this sentiment into music. Sampling Jeremy Corbyn on the song really added power to that. The words ‘We the People’ are an expression of unity and liberty for people the world over and are of course, best known as the opening words of the 1787 United States Constitution, something that is under great pressure at the moment.”

About the Artist:
Peyoti for President is the brain-child of one man who calls himself ‘Peyoti’, who has often brought together diverse musicians to record or perform live. This ‘collective’ could be described as a kind of ‘who’s who’ of musical geniuses with over 20 great musical minds appearing from countries from Brazil, Egypt, Syria, to Australia and Europe. This new release features Brazilian percussionist Ulisses Bezerra … son of Bezerra da Silva, something of a national hero in Brazil. Peyoti for President were support act to Manu Chao during his ‘La Radiolina Tour’ in the UK.

“Peyoti for President are the UK’s answer to Che Guevara.”  UK Stop the War Coalition 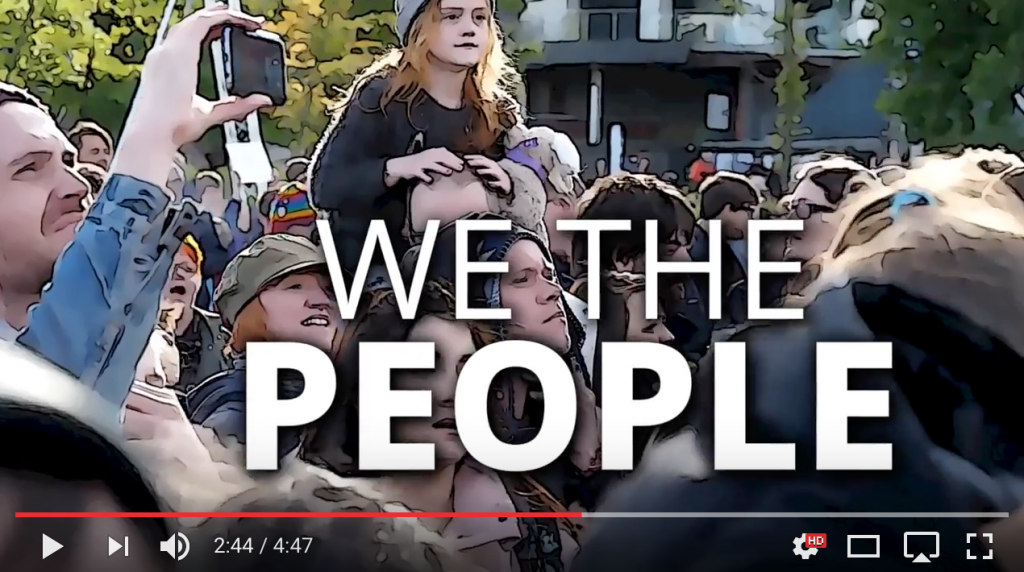